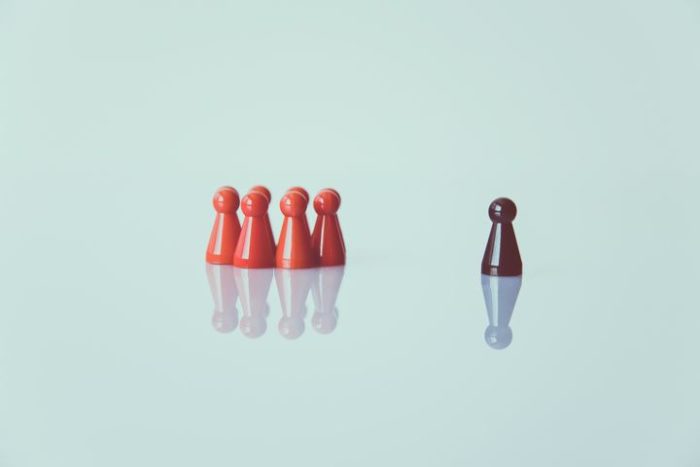 The study “The dangers of returning to the ‘safe-space’ of objectivity” by John Budarick from University of Adelaide was prompted by the “crisis of journalism” to critique the traditional journalistic norm of objectivity on the grounds that it allows racism to persist liberal democratic journalism.

The explosion of online journalism in the 21st century through social media and blogs has already challenged the tenets of autonomous objectivity.  Instead, journalism of subjectivity, attachment, and advocacy emerged, appealing particularly to groups who lacked the power of white capitalist class.

In addition to technology, the challenges facing journalism are also related to the weakening of foundations truth and facts in political discourse – the coming of post-truth environment. As a remedy to this state of affairs, it has been proposed journalism return to the idealized past when journalists occupied an authoritative position in the apolitical middle-ground.

However, the author argues that the calls to rediscover objectivity do not recognize how racism is fundamentally intertwined with the epistemic foundations of journalism, rather than being external to it. Therefore, objectivity reflects rather than challenges racist hierarchies.

There are three areas and notions where objectivity is seen to legitimize racist perspectives in journalism and society. First, the notion of journalistic autonomy that sees the process of making news separate from the reality it represents. Second, the limitation of objective facts and truth in mitigating inequality and ensuring non-racist and anti-racist journalistic work. Third, the idea of professional objective journalist is often normalized around the white male professional.

When it comes to autonomy, the myth of objectivity posits explicitly anti-racist journalism as deviating from the sensible middle ground. The middle ground is then seen as not racist, but also resisting the calls for anti-racism and this position is reserved to those in the dominant racial and ethnic group.

Then, the positivist sense of detachment renders an explicit anti-racist position impossible and as something reserved for advocacy journalism. This position misconstrues racism as individualized position, rather than structural and determining position requiring critical intervention.

Factuality should also be seen in critical terms. While the author does not contest the importance of facts in journalism and laments the rise of post-truth and alternative fact regimes, he also points out that facts are not necessarily apolitical and context free.

For example, in 1929 W.E.B DuBois argued against facts when calling for equality for black people, as the then dominant understanding biologists, psychologists and sociologists ran contrary to his understanding and was established as facts.

As a remedy, anti-racist journalist should at times challenge facts and consensus. In this notion, truth is seen as transitory, as an outcome of power than a metaphysical property. This is an uncomfortable notion, but the facts may at times reflect the racial hierarchy of society.

Lastly, there is ample evidence from first-hand accounts of journalists with non–mainstream identities that their position is often seen as inherently non-neutral, and they are not trusted to be neutral while white male journalists are seen as objective even when openly biased. For example, the experiences of Rhodes (2001), and Wallace (2019) support this.

The author then discusses the challenges that journalism faces. It is difficult to critique hegemonic western journalism when such criticism has been co-opted be anti-democratic forces. Indeed, the very criticisms that the author makes also come from political positions committed to repression of minorities.

Nevertheless, without a critique of journalism’s ontological and epistemological foundations, the response to the current crisis will be insufficient. The author argues that opening new perspectives, rather than retreating behind the walls of objectivity is the way forward.

The article “The dangers of returning to the ‘safe-space’ of objectivity” by John Budarick is in Journalism. (free abstract).

Picture: Boss and employee or exclusion of a person because of their appearance or ethnicity? by Markus Spiske