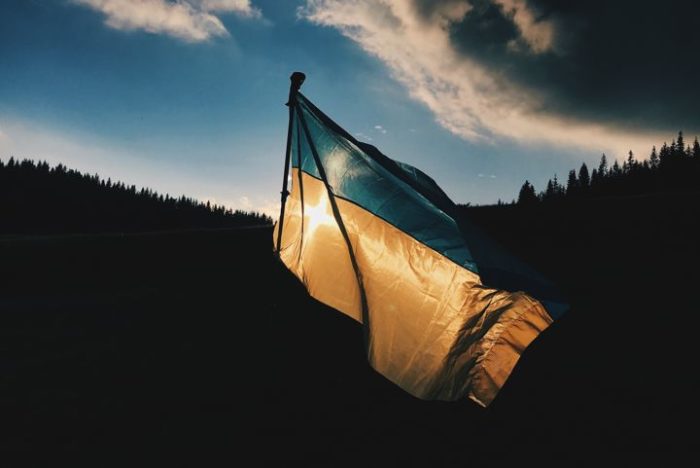 The article “Logics of Exclusion: How Ukrainian Audiences Renegotiate Propagandistic Narratives in Times of Conflict” by Olga Pasitselska from the Hebrew University of Jerusalem was a discourse and conversational analysis of shared meanings among media audiences in Eastern Ukraine, and their interaction modes.

The context of the study was the pre-invasion Russian-Ukrainian conflict in Eastern Ukraine following the annexation of Crimea and the supported insurgency in Donetsk and Lugansk. The participants were from Dnipro, Dniprovske, and Pavlohrad.

They formed focus groups for watching news, both Russian and Ukrainian, and having slightly guided conversations on them which were recorded. The news chosen were from TSN-Tyzhden (TSN week), a weekly Ukrainian news program from the nationwide commercial channel 1+1, and Voskresnoje Vremya (Sunday Time) from a Russian state-owned channel Perviy Kanal (First Channel).

The agendas of the two channels were opposite: Perviy Kanal echoes the Russian state narrative while 1+1 is pro-Western and advocates for freedom from Russian influence.

The analysis focused on: “(a) the content of the constructed meanings, (b) the dynamics of agreement and disagreement during the discussion, and (c) the non-verbal cues that conveyed participants’ reactions toward the conversation’s content and dynamics” – to study the modes of discourse, and the logics of exclusion how these modes are maintained.

It was revealed that there were three modes of interaction that were defined by communicative goals and logics that drive the selection and exclusion of each mode. The three modes were inquiry, narrative, and avoidance.

The discursive mechanism of exclusion in this mode involves the participants first establishing competence by, for example, claiming to read more news or by invoking a professional identity. Actual exclusion is performed through a demand of validation.

All the logics may also fail. The inquiry logic is unsuitable for the expression of personal feelings and moral judgements, and it is also too challenging for disinterested participants.

The second mode was the narrative one. In it, the participants adopt a collective identity and signal their loyalty to the ingroup. They affirm a certain worldview and impose shared norms upon others. They also become sensitized toward ideological narratives that threaten their collective identity.

The threat to collective identity was what preceded the shift to this mode of normative discussion. Performances of moral indignation, disappointment, or even disgust often signal the shift. Invoking a sense of duty for the ingroup for example by repeated questioning or challenging imagined dissenters is also a part of the mode.

The logic works by radicalization of discourse and the exclusion of ambiguous claims. The participants exclude such claims by applying ‘membership categorization’ (Sacks 1992) to clearly mark the boundaries of their group. In addition to ambiguous claims, claims that are promoted by the rival narrative are challenged.

The narrative logic is maintained in face of such contrasting claims by ‘uncooperative language’. This involves repeated rhetorical questions, stoppers such as “so what?”, unelaborated exclamations (“yes!”, “no!”), and rhetorical upscaling and exaggerations. At this point, the debate becomes heated and emotional and there are multiple turn-taking violations.

When the narrative logic fails, it does so because of two reasons. First, it fails if the participants are unfamiliar with the narrative cues. Second, it fails when conflicting narratives are not accepted as basis of normative evaluation. In that case, there may be a switch to the inquiry mode when participants reject ‘simplification’, or when another narrative mode is invoked (such as virtuous poor people vs corrupt rich people), and there is a switch to the avoidance mode.

Lastly, there was the avoidance mode. In it, the participants detach themselves from the political world while seeking to maintain a sense of competence. The participants are motivated by a need to maintain sanity. The detachment differs from that in the inquiry mode, as here the logic of avoidance inhibits engagement and reasoning.

The keying in this mode is cynical or absurd. There are two variants: in the first, the participants express distrust toward the media, in the second, they signal an inability to deal with the political discussion. They conceive the conflict as ‘political’ and thus closed to their understanding and give up.

The mode works by participants constructing the realm of political information as dirty, corrupt and manipulative. In this mode, there are no ‘good guys’ and no one to feel solidarity with, and the participants adopt a ‘cynical chic’ (Eliasoph 1998) discursive position.

The avoidance logic maintains itself by a shared political ignorance and powerlessness. The mode can be shattered by strong belief in narrative truth – switch to the narrative mode – or skepticism that dismantles equivocation, generalization, and conspiracist claims, shift to the inquiry mode.

The study is not only interesting and topical in itself but also offers a new perspective on the deliberative potential of political discussion. Rather than simply assuming that participants have adequate expertise and dedication to democratic conversational norms, the discussion is contingent on the modes presented here.

For limitations of the study, the author notes that the focus groups may not be generalized fully to news audiences. In addition, there may yet be more modes of conversation that were not detected here.

The study  “Logics of Exclusion: How Ukrainian Audiences Renegotiate Propagandistic Narratives in Times of Conflict” by Olga Pasitselska is in Political Communication. (open access).

How I became a… foreign correspondent