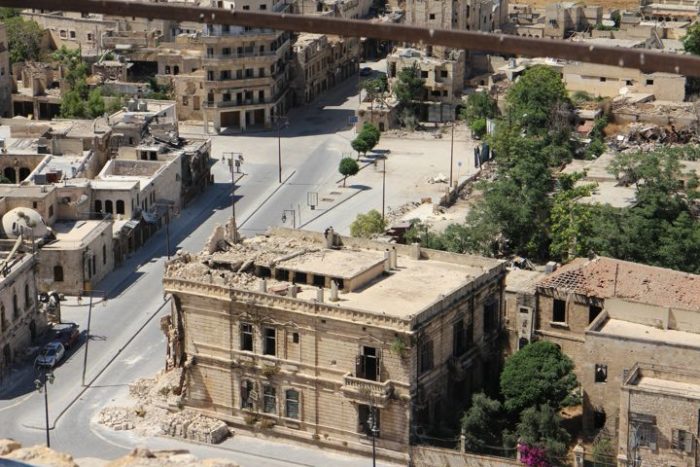 The study “Examining Diaspora Journalists’ Digital Networks and Role Perceptions: A Case Study of Syrian Post-Conflict Advocacy Journalism” by Rana Arafat from City University of London sought to understand how diaspora journalists maintain their connections to the homeland and how they advocate for human rights and political reforms from afar.

Previous research on diaspora journalism has mainly focused on the level of professionalism in the journalists’ online media, promotion and advocacy through conflict reporting, and the threats, physical and digital, that influence the practices.

The study at hand employed digital ethnography of two digital diasporic networks, Syrian Journalists’ Association (SJA), with 500 members and 12,743 followers, and Syrian Female Journalists’ Network (SFJN), with 150 members and 7,331 followers, in order to understand advocacy content, practices, and dynamics of interaction. The networks were created by exiled journalists.

In addition to studying the interactions in Facebook, the study had a second step where 12 in-depth interviews were conducted on Syrian diaspora editors and journalists, whose work involved opposition news. The purpose was to gauge how the interviewees perceived the changing nature of their roles and the various forces influencing their efforts.

The digital networks do not serve the purpose of generating news content for the general public. Rather, they serve as gateways for the diaspora journalists to fulfill several functions. The observation revealed seven functions, ranging from promoting homeland-related advocacy and connecting the struggle to international issues to informing journalists about professional opportunities.

Syrian Journalists’ Association was more focused on the larger Syrian community including Syrian Kurdish Journalists’ Union, and assuring access for both diaspora journalists and local Syrians to the forums. Syrian Female Journalists’ Network on the other hand, involved non-Syrian actors in its work under the umbrella of the larger feminist movement in the Middle East.

Both of the forums presented the Syrian government and state-controlled media as the “opponent”, but also strongly emphasized the role of civil society organizations. , The SJFN, despite the large role of the diaspora in Turkey, opposed Turkish intervention in the area.

To link the cause to international movements, the networks engaged in hashtag activism. Additionally, the hashtags helped to organize the posts in the websites. This was combined with offline efforts to join up with the international community to take action.

Of the journalists’ perceptions, the study found out that all the participants refused to categorize the work they do as “activism”, because the term has loaded connotations in Syria as many armed terrorists and fighters there call themselves activists. Rather, they framed their work as “advocacy” within the framework of constructive journalism.

There were four narratives arising from the interviews of the first group: a) challenging the regime’s authoritative voice, b) truth-telling and avoiding the state-like propaganda , c) promoting opposition without being identified with any oppositional group, and d) practicing public-service advocacy while avoiding political activism and mobilization journalism.

The second group running the digitalized networks focused on two narratives:  a) mobilizing for a social change, and b) lobbying the regime and opposition authorities to defend journalists. Two among this group perceived their work as involving the empowerment of democracy and press freedom, as well as defense of human rights of journalists and human rights people.

As for the influences the journalists encountered, organizational influences were present in the diasporic newsrooms itself, as the journalists clearly had political backgrounds at odds with the regime and this influenced the coverage despite the adoption of more international standards. The author sees a danger that if the political leanings are one-sided, the diaspora journalism becomes a mere mirror image of the state news in one-sidedness.

Procedural influences involve the constraints for reporting transnationally. Information verification is difficult as is access to sources. This is particularly so in Syria, where all non-state media is considered “fabrication” and “against the state”, and local sources understandably fear talking to opposition journalists. The diaspora journalists depend mainly on local journalists who at times may be too shell-shocked by the events to be able to report.

Political influences involve the surveillance and transnational repression faced by the journalists. Sometimes host states such as Turkey impose censorship on certain topics. They find it hard to criticize the Turkish government without the fear of being shut out or their headquarters in Gaziantep shut down.

The author states that the study contributes to the ongoing discussion in three ways: it proposes that there are advocacy-based functions in the journalists’ networks that go beyond the normal functions.

Second, hybridity is rethought in regards to journalistic role perceptions, by proposing two unique approaches to serving democracy in exile. The journalists do not perceive a conflict in their roles as advocates and journalists, and do not believe that they risk the quality of their media work.

Third, for the traditional hierarchies of influence, this paper adds and connects a new set of local and transnational sets of influence that shape the diasporic journalism practice. There are specific constraints on performing advocacy and storytelling in diaspora.

The author suggests that future research should focus on cross-country comparisons between different groups of exiled journalists.

Related Topics:Featured
Up Next

Professional logics in journalism and the role of social media audiences