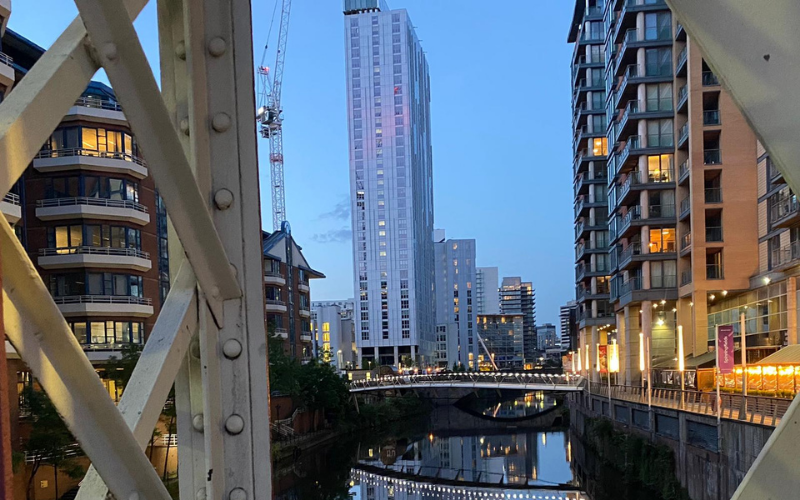 Manchester, home to our northern centre, has been named third best city in the world.

Coming behind San Francisco and Amsterdam, Manchester is ranked third in a Time Out global survey of 27,000 people.

Manchester newsroom is based centrally in Albert Square and it comes as no surprise to us that Manchester is so loved by the people who live and visit there.

First-class degrees for our entire class of 2021!

Second year undergraduate trainee Will Evans said: “Manchester is a great city. I’ve felt at home ever since I’ve moved here and the Mancunian community is so welcoming.

“As a journalist it’s perfect, home to the BBC and ITV at Media City as well as being a hub for sport with two of the biggest football clubs and a world class cricket ground. If you ever have a chance to live or study here don’t hesitate!”

Our Manchester head of journalism Andrew Greaves said: “Time Out has just confirmed what we all already knew – there’s few better places in the whole world than Manchester!

“Whether you like music or fashion, football or art exhibitions there is literally something for everyone.

“Our centre is right in the heart of the city and our trainees love being so close to all the action!”

London, where our southern newsroom is based, was the next best English city in the ranking, placing 13th in the world.

Manchester and London are the beating hearts of the UK media industry and the cities have endless stories to uncover – which is why they are the perfect places to train the next generation of journalists.

You can find out more about our centres here.

Not only will you be based in the best cities in the world, as a trainee you will have access to award-winning training, industry expertise and a community of journalists to support you for the rest of your career.

Find out more about why you should apply to .

The post Manchester named third best city in the world appeared first on .

How to prepare for an NCTJ journalism course