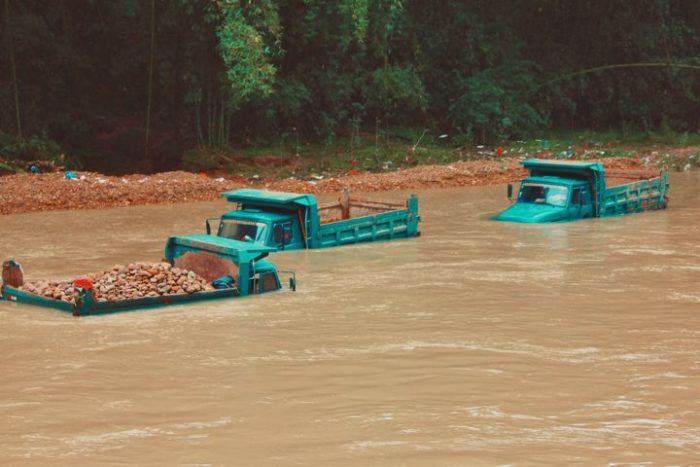 Photo galleries are a relatively new genre of news reporting. They are produced exclusively for the web and benefit from the lack of constraints the net environment offers, as space is limited in press publications. They are sometimes not restricted by the criteria for selecting photography for press, but some scholars consider them ideological in nature.

There were similarities between the presentation. AP and Xinhua both presented the floods as Negative and severe (reflecting Superlativeness score). They also present ordinary people and institutions to roughly same degree, Personalization and Eliteness. They were also similar in Aesthetic Appeal, Consonance meaning stereotypical occurrences, and Unexpectedness.

The differences between AP and Xinhua were in Positivity and Proximity. There was much more Positivity in AP than Xinhua (59% vs 20%), and the opposite in Proximity (27% AP and 68% Xinhua).

The authors also paid attention to how AP and Xinhua present ‘Their’ floods, that is, floods in other countries, and ‘Our’ floods, domestic floods. Both showed ‘Their’ floods in overwhelmingly negative and severe terms. The findings in regard to AP confirm to previous studies that non-Western countries in Western media are presented as being vulnerable to natural disasters.

The article “Their floods and Our floods: News values of flood photo galleries of Associated Press and Xinhua News Agency” by Hailing Yu and Guanfeng Chen