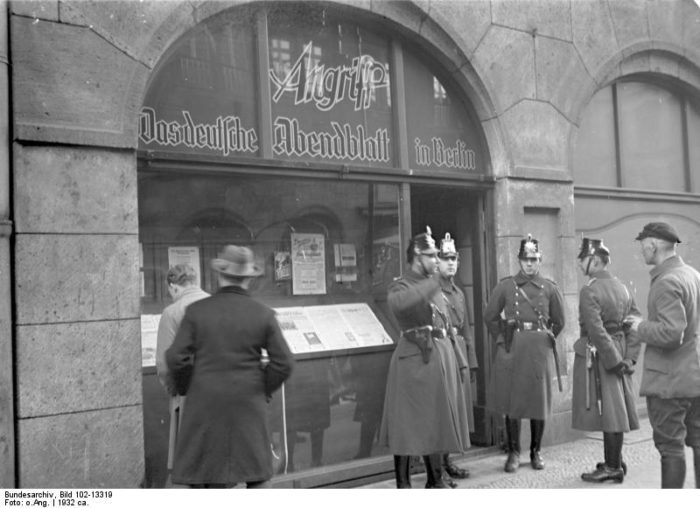 The study was based on the coverage of all newspapers published in the nations’ capitals, Berlin and Vienna. The authors justify their broad approach by stating that the analysis of structural characteristics of a system must necessarily be based on the whole system.

To study the political coverage, post-election coverage in newspapers was focused on. In Berlin when comparing 1928 to 1932, there is a clear intensification of the right-wing extremist position along with societal polarization and reduction in the number of opinion-leading media. The communist Der Rote and the National Socialist Der Angriff ousted liberal and national opinion-leading newspapers from their position.

In Vienna, there is a similar phenomenon. In 1932, two newspapers contributed heavily to the polarization: the National Socialist Deutschösterreichische Tages-Zeitung and the Wiener Neueste Nachrichten, which had ties with NSDAP. The entire press became right-dominated, when radicalized Christian Social newspapers were joined by National Socialist papers.

The authors comment that the results shed new light social fragmentation at the time, but more study and analysis is needed. In addition to narrow-minded partisan press, market-driven mass media failed at creating a more inclusive communication environment. They further state that failing to involve all social groups in communication processes jeopardizes democracy.

The article  “ Opinion-leading media as indicators of a democracy at risk: The press and the rise of National Socialism between 1927 and 1932” by Josef Seethaler and Gabriele Melischek is in European Journal of Communication. (Free Abstract).